Some Knowledge About Spiral Steel Pipes

One: What are the characteristics of spiral tube offline normalizing after hot rolling?

The spiral steel pipe is the national standard steel grade of GB5310-2008 high-pressure boiler seamless steel pipe. Its steel type is the most widely used steel pipe for boiler steel pipes. It is mainly used for manufacturing high-pressure and higher parameter boiler pipes.

Therefore, during use, the normal temperature and high temperature strength of the spiral tube, as well as plasticity and toughness, have high requirements. The large-caliber spiral tube is mainly produced by a thermal control unit. In order to meet the mechanical performance indicators, hot rolling is usually used. After offline normalizing process. In order to make full use of the advantages of the thermal expansion process, improve production efficiency, reduce the production process of the spiral tube, shorten the production cycle, and save energy.

The main purpose of the spiral tube heat treatment process is to eliminate as far as possible the structural defects formed by rolling, improve the structure state, and improve the macro mechanical properties.

Therefore, the on-line normalizing process route is used to produce the spiral tube in order to improve the production efficiency of the thermal expansion unit and reduce the damage to the iron-based material structure caused by burning and repeated heating. 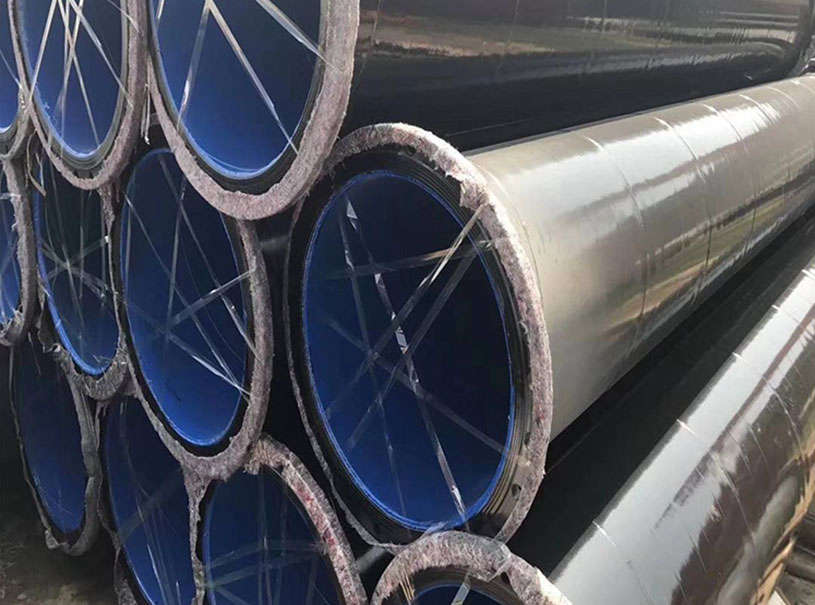 For welding thick-walled spiral tubes, first clean the oil, paint, water, rust, etc. of the welded joint, and then open the bevel according to the wall thickness. The thicker one is opened larger, and the thinner one is opened smaller (angle grinder). The gap of the product is generally 1 to 1.5 times the diameter of the electrode or wire. If the groove is accidentally opened, it can be appropriately small. Spot solid welding is at least three points, generally four points are better to work. When welding, it should be half and half. The starting point should preferably be about one centimeter above the bottom point, so that the joint is good from the opposite side. If the wall of the steel pipe is thick, it should be layered, at least two layers, and the second layer can be welded after the first layer has been completely welded.

In order to study the high temperature plasticity of materials, a series of thermal simulation tensile experiments were performed.

It can be found that 900-1 200 ℃ is the high plastic zone of 9Ni steel, and its tensile deformation can reach more than 90%. Comparing the deformation amount and deformation temperature of each stage of tube rolling, it is not difficult to find that the two steps of perforation and diagonal rolling are in the high plastic area, and the deformation amount is far less than the material's deformation ability. Although the temperature in the final stage of the sizing step is lower than 900 ° C, the previous analysis has shown that defects outside the tube surface form before sizing. Therefore, it can be considered that the small outer folds and cracks appearing in this rolling are not caused by the poor plasticity of the material itself.

We are spiral pipe supplier china, if you have any demand for our products, please feel free to contact us.

Previous: How To Distinguish The Quality Of Seamless Steel Pipes

Next: Overview of China's steel exports